Foreign labor - a solution for labor shortage in Estonia

In April, CV.ee conducted two surveys in which it asked more than 4000 jobseekers and 200 organizations for their opinion on the entry of foreign labor into the Estonian market.

It turned out that there is a predominantly positive attitude, since the foreign labor force creates a solution to the labor shortage that plagues Estonia. To what extent is support expected from local companies?

Estonian workers find the addition of foreign labor to the market rather beneficial. 48% of employees do not know yet whether the arrival of foreign labor is profitable or harmful to the local labor market. At the same time, those who see foreign workers as benefiting our market have more than twice as many responses than negative ones - 36% and 16% respectively.

The biggest advantages are the reduction of labor shortage, new skills and knowledge

It was most often believed that hiring foreign workers could reduce labor shortages and that new skills and knowledge would be added to our market with newcomers. Foreigners are expected to diversify the labor market, give companies the opportunity to expand, recruit the necessary skilled workers and, in turn, create new jobs.

People who oppose the use of foreign labor are particularly afraid of decreasing wages and possible conflicts caused by cultural differences. It is also believed that unemployment may increase and that too many foreign-speaking workers may enter the labor market.

More than half of the companies are ready to hire foreigners

56% of the responding companies would be ready to employ foreigners in the current situation. The main reason for this is the immediate need: the company's workload is increasing (51%), there are not enough employees on the local market (42%), or seasonal labor is needed (29%). The desire to help those who have arrived in Estonia to enter the labor market is also important (39%).

Adding new people to the organization is always a challenge, but also an opportunity for common development. In order for new employees to quickly settle into the work process, understand the company's values and find common ground with their colleagues, employers offer various solutions.

As many as 69% of companies recruiting foreigners offer them a mentor or support person during the induction period, 55% organize joint events and 37% hold regular development interviews. Training and language studies are provided to a lesser extent. One respondent concluded the current situation: "The faster refugees get to work, the faster they can return to a 'normal life', the less they need social support and the less likely they are to have conflicts."

In conclusion, there are labor shortages in many areas that can be alleviated by employing foreigners. Thus, our current workforce will be developed further.

The surveys were conducted from 5.-12. April 2022. A total of 4343 active jobseekers and 231 company representatives answered the survey. Among the respondents, organizations of different sizes and fields of activity are represented all over Estonia. 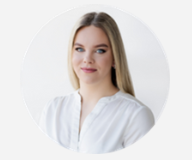 At Alma you can be yourself — Happy Pride!

MojPosao Brunch is back with hot topics in recruitment business