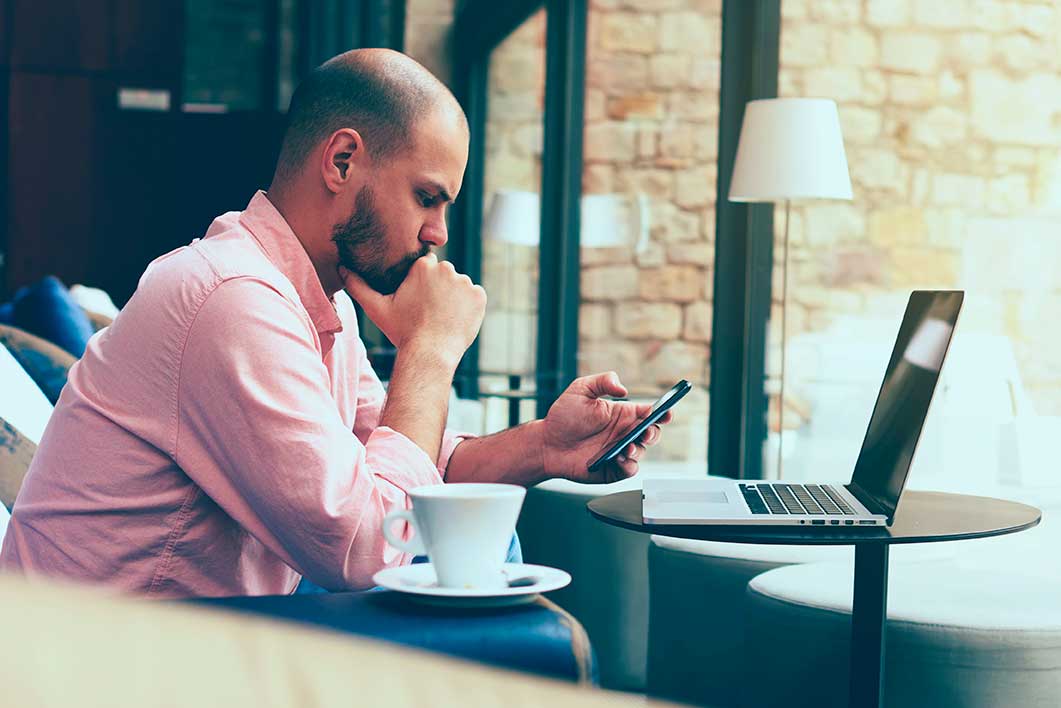 Does it pay to be loyal to your employer?

Have you worked for the same employer for a long time or do you change jobs often? What’s the ideal length of time to spend working for one employer? Does it pay off to be loyal? We tried to find the answers to these questions in the international Paylab Compensation Monitor, a survey of employees conducted in January and February 2018 on a sample of 57,719 respondents from 12 European countries.

What’s the optimum length of time to work for one employer?

In the international Paylab.com survey, we asked employees what the ideal time was to work for the same employer. The largest group, 39% of employees, prefer a period of 3 to 5 years. Up to 48% of employees in the 25 to 34 age group tend to agree with this period.

A few less respondents, 26%, favour a longer period of 6 - 9 years as the ideal period in which an employee should work for one employer. A slightly higher percentage of older employees in the 45 to 55 age group tend to prefer a longer period over others (35% of this group).

The survey results clearly show that the younger generation, Millennials and Generation Z, has a tendency to consider their career challenges more often and look for opportunities with other employers. Generation Z, who are currently joining the labour market, imagine spending shorter intervals with individual employers.

The potential of a promising career increases loyalty

In general, loyal employees working for one employer for more than 5 years are in the minority on the labour market at only 27.5%. The largest group was those who were employed for less than 2 years.

Among the countries in which the survey was conducted, the most loyal employees who were working for their current employer for more than 5 years were found in Finland, Slovenia and Poland. The lowest share of these people is currently in Serbia. 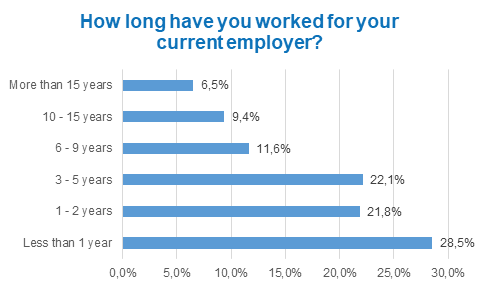 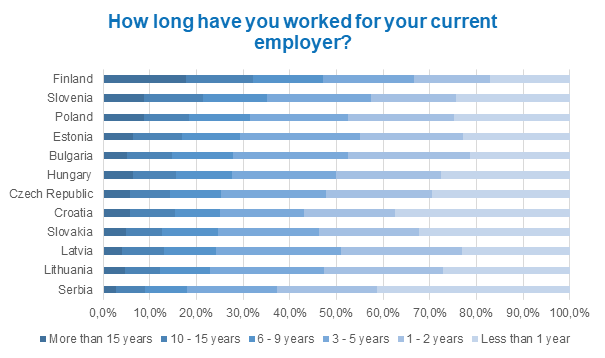 Loyalty to an employer largely depends on career growth inside the company. There is a significantly higher share of people working for one employer for more than 5 years among those currently working in lower, middle and top management positions. This is largely related to the fact that these people had to gradually work their way up the ladder within their careers. Work in management positions often provides employees with a broader perspective, an opportunity for realisation over the long-term and an attractive mix of financial and non-financial benefits. 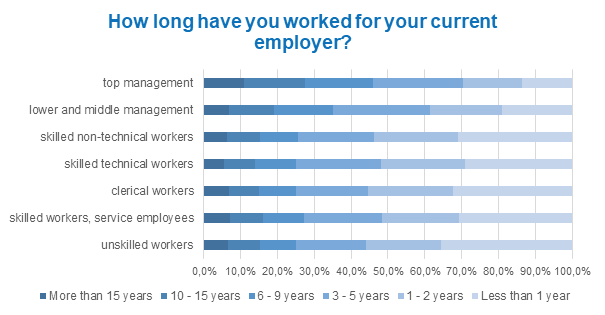 Does it pay to work for the same employer over the long-term?

The opposite opinion is expressed by 32% of respondents who are convinced that new employees often have comparable benefits to employees who have worked for an employer long-term. They are convinced that the differences between those with less service time and more established employees are wiped out over a certain period of time and a loyal employee working for one company for an extended period of time doesn’t have any extraordinary standing within the company with respect to any specific financial or non-financial benefits. Another fifth of employees were unable to judge or were unable to answer the question. 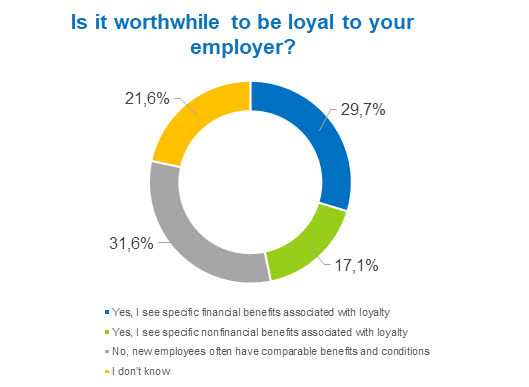 One interesting finding is that new-hire employees, defined as those working for one employer for less than a year, have the most intense feeling that loyalty pays off. On the other hand, people currently working for longer than 5 years for their current employer are more likely than new-hire employees to have the opinion that loyal employees do not have any special advantages within a company. This may be related to the fact that the salary system and compensation scheme is more intensively communicated to new-hire employees at job interviews. 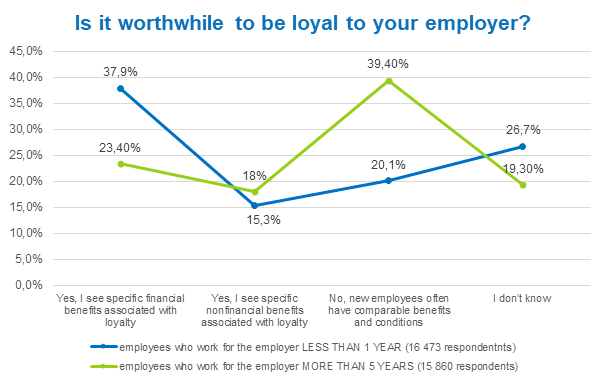 How many employers have you had?

We also asked employees in the survey how many employers they’d had. A majority of younger employees under the age of 34 hadn’t had more than three. Older employees hadn’t worked for more than five employers in most cases. A previous wave of the Paylab Compensation Monitor confirmed the trend that the most effective strategy for people to increase their income is job jumping, or finding better paying employment outside their current place of employment. They even consider it a more promising way to increase their income than negotiating a pay raise with their current direct supervisor. Read more here. 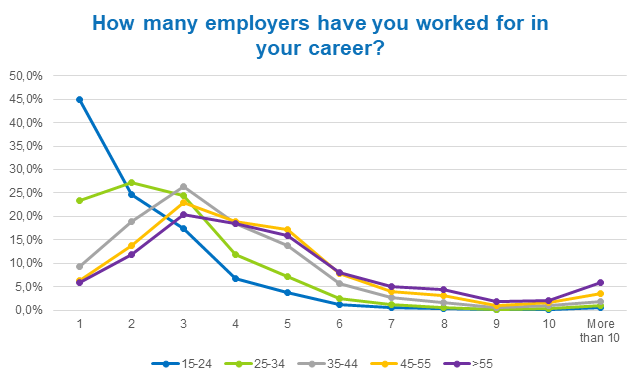 Find out more about Salary Data. 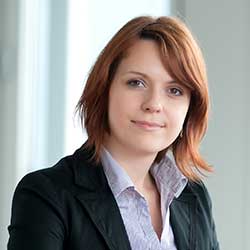